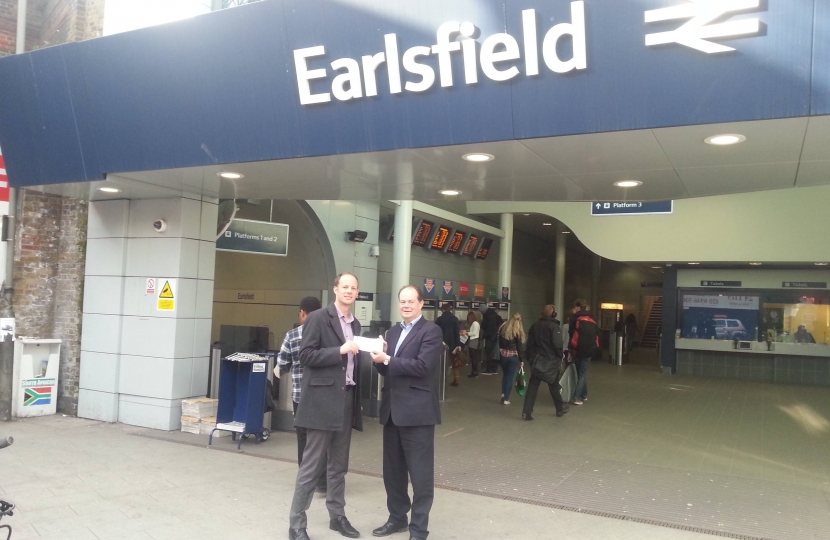 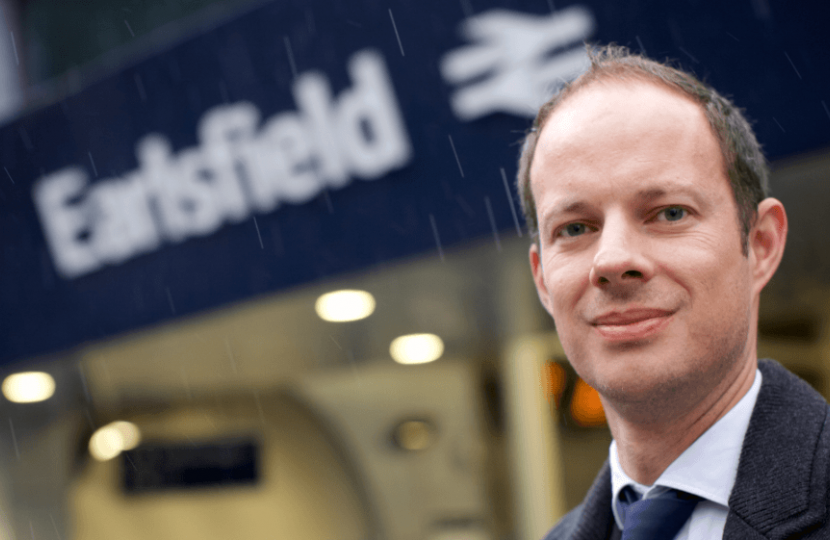 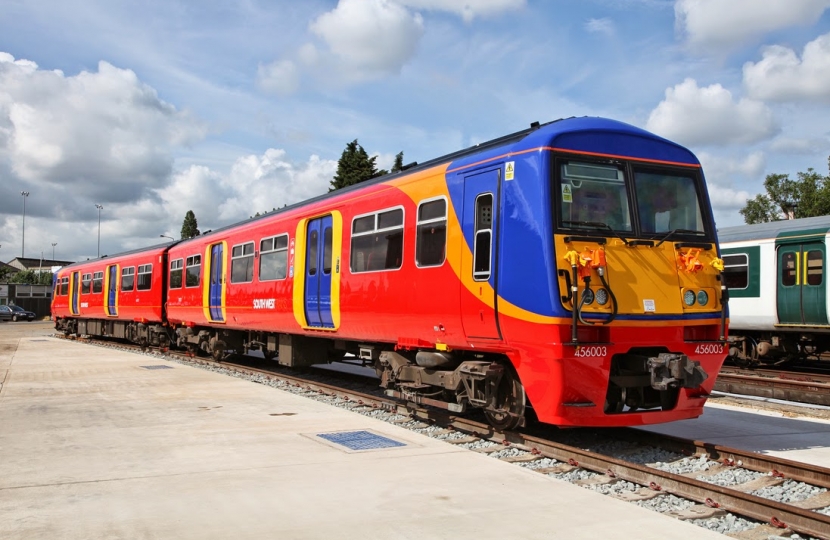 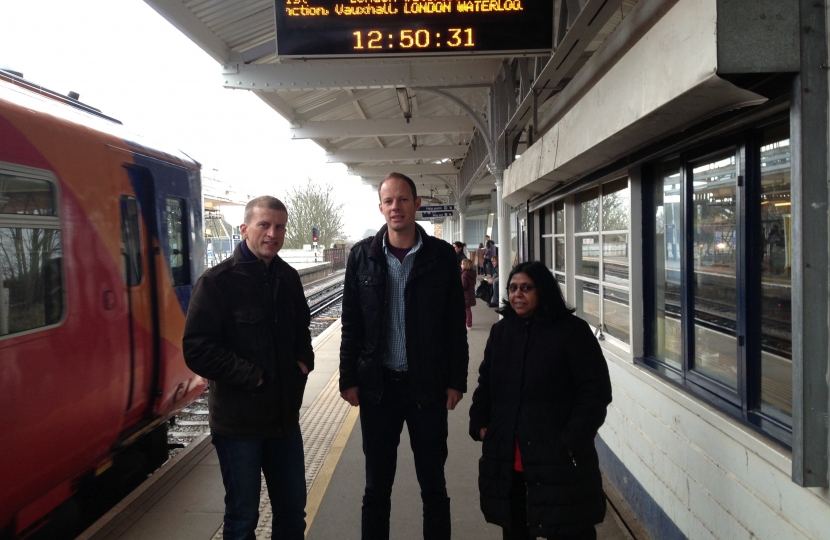 This is one of my longest-standing campaigns - 4 years old! - and it is close to fruition, with longer trains scheduled to arrive this December. As your MP I can work to ensure there is minimum disruption while the upgrade works are completed and there is no slippage in the timescale. You can read more about the campaign and the latest plan below and to the left.

Those of us who use Earlsfield station in the morning and evening rush-hours are all too aware of the extreme over-crowding on the platform and in the carriages at these times.

Therefore, by building on the success of our previous campaign for the upgrade to Earlsfield station, I am now working with your local Conservative councillors, Charles Lescott and Angela Graham, to develop a plan to bring 10-carriage trains to Earlsfield.

Changes to the rail network provide us with an opportunity to bring longer trains to Southwest London, for example the relocation of Eurostar from Waterloo to St Pancras and the additional platform capacity this has released at Waterloo. There is also a lot of investment going into the railway network across London and the UK, but with strong competition for these funds it’s absolutely vital that this campaign can get the large majority of Earlsfield residents behind it and in doing so ensure that we are considered a priority by the rail authorities.

While I don’t expect this to be a ‘quick win’, I do know that it is only with your support that we will bring 10-carriage trains here and ease the pain of the rush-hour commute. So please visit the survey we have set up and register your support for this campaign:

I would also be pleased to hear any other general feedback you have about the rail service at Earlsfield and so have provided an opportunity for you to do so in the survey.

I met with Stephen Hammond MP, Minister for Transport, and Tim Shoveller, Managing Director of South West Trains on 9th July and below is update on the situation and our campaign.

I'm pleased to say that longer trains for Earlsfield are still on track to arrive in December 2017. I have also been able to get some information on the disruption commuters will face in August 2017 as part of the upgrade work, so please read more on that here.

I met with the Managing Director of Southwest Trains at Waterloo yesterday and he confirmed it is full steam ahead with longer trains for Earlsfield! As such, a full fleet of peak hour 10-car trains will arrive at Earlsfield from December 2017. Read more about this campaign success here.

I'm pleased to report that Network Rail have made their planning application to upgrade Waterloo station. This major construction project will enable SW Trains to operate a full fleet of 10-carriage trains at Earlsfield in peak hours. This investment has been a long time coming, but Earlsfield commuters stand to benefit from this commitment of funds.

You can read more about this investment here.

We now have 3 longer trains coming to Earlsfield, but need all the peak trains extended.

So, I'm pleased to tell you that Boris has joined the campaign! See his letter to South West Trains attached below.

You can read my last full update on the situation here.