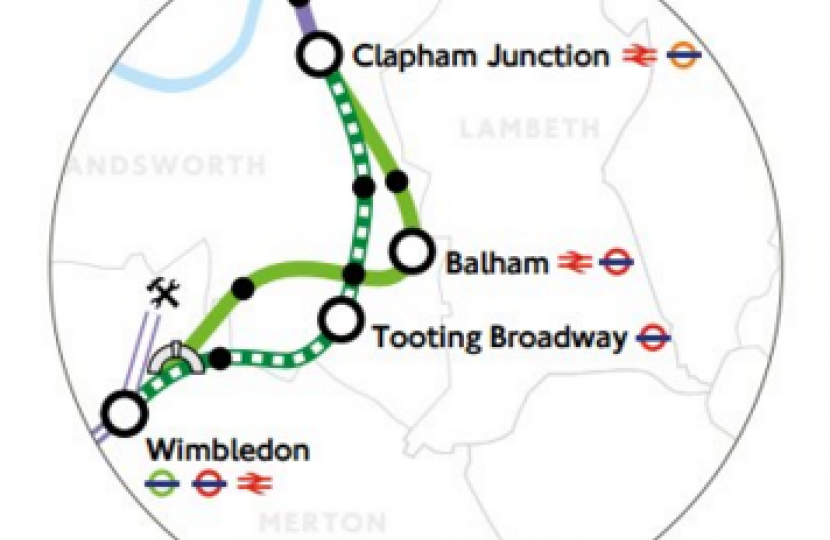 In the winter of 2015/16, Crossrail 2 held its latest public consultation across London. Key issues consulted on in our area were the proposed local station at Balham and the associated vent shafts on the Springfield Hospital site and on Wandsworth Common.

Through the engegement exercise and survey I ran at www.BalhamOrTooting.org.uk, over 3,000 local residents gave their view on where they wanted our local Crossrail 2 station to be, and these results were included as part of the the consultation responses.

Below is the summary report from the Crossrail 2 team, focussing on the issues raised in our area. I have highlighted in bold some of the key points.

In anticipation of major Government backing for the scheme, we will be publishing the Crossrail 2 consultation report on our website on Wednesday 16 March 2016.

We received nearly 21,000 responses to our consultation comprising of more than 90,000 individual comments. These have been independently analysed and collated into the report by Steer Davies Gleave (SDG).

There were over 8,000 responses to the questions relating to the proposed new Crossrail 2 stations at Clapham Junction and Balham, and to the proposed intermediate shafts at Westbridge Road, Wandsworth Common and within the Springfield Development.

Whilst there was a good level of support for the proposals at Clapham Junction, Westbridge Road and Springfield Development, a number of issues relating to the proposals for an intermediate shaft at Wandsworth Common and a station at Balham were raised.

At Clapham Junction the majority of respondents supported the proposals for a Crossrail 2 station, citing the improved transport options and interchange opportunities as the main benefits. However, there were some concerns regarding the impact on existing services during construction and the potential for overcrowding.

Proposals for an intermediate shaft at Westbridge Road were generally supported. The main concerns raised included impact from construction in the residential area and integration with listed buildings.

The proposal for an intermediate shaft on the edge of Wandsworth Common raised a large number of concerns. Impacts of construction such as traffic congestion and damage to the local environment were often citied as key issues.

Proposals for a Crossrail 2 station at Balham received a large amount of comments, with respondents mainly citing Tooting Broadway as a preferred option due to the benefit of regeneration and improved transport links.

Proposals for an intermediate shaft at the Springfield Development were generally well received, with most respondents supporting the location. The concerns related mainly to disruption and impacts to residents during construction.

The consultation report will set out a full breakdown of details and comments.

In the summer we will publish a document that will respond to the issues and concerns raised during the consultation.

We will also continue to engage locally as the scheme develops and share proposals in further rounds of consultation.