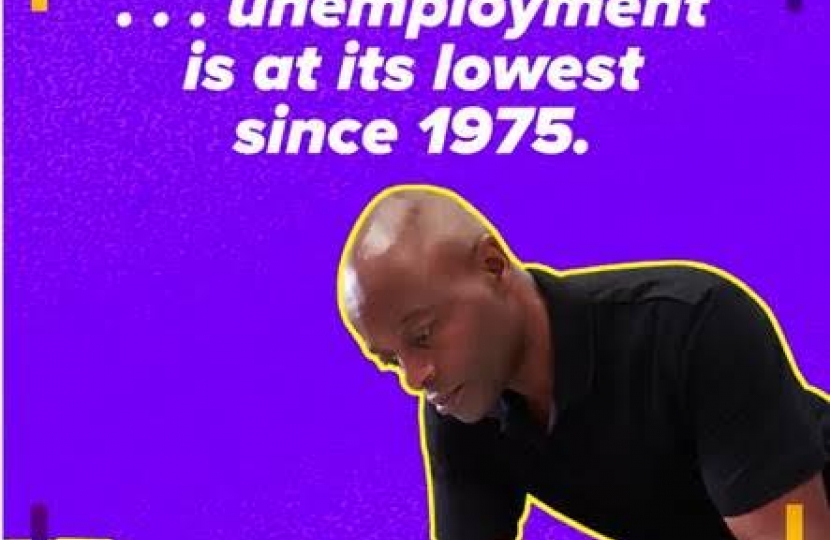 Employment has increased in London, with 4.7 million people in work – an increase of almost one million more people in jobs since 2010.

Dan Watkins has welcomed the new figures, which show that unemployment is at its lowest since 1975 and that the number of young people out of work has fallen by over 447,000 under the Conservatives.

“Under the Conservatives, unemployment continues to fall to record lows. Thanks to our welfare reforms, and expansion of free childcare, we are helping more people into work. And through lower taxes and our modern Industrial Strategy, we are backing businesses to create jobs.

“That means more people benefit from getting up every day to a good job, and more people have the financial security of a regular pay packet to provide for themselves and their families.

“Labour don’t know how to handle the economy and we know what that means from last time – more debt, higher taxes and fewer jobs. We will all pay the price for that.”

Secretary of State for Work and Pensions, Esther McVey, said:

“With the unemployment rate falling further to just 4%, and youth unemployment down over 45% since 2010, school leavers this week can look forward to a growing jobs market, improving the prospects for their future careers.

“In fact the UK’s vibrant jobs market is benefiting people across the board. Record rates of ethnic minority people in work also show that more families across our society are benefiting from the security of a job, with wages also on the increase.

“We have some of the most creative, innovative and hard-working young people in the world and this summer I’ve been urging them to take on a summer job, gaining ‘soft skills’ – or as I call them, essential skills - for their future careers.”