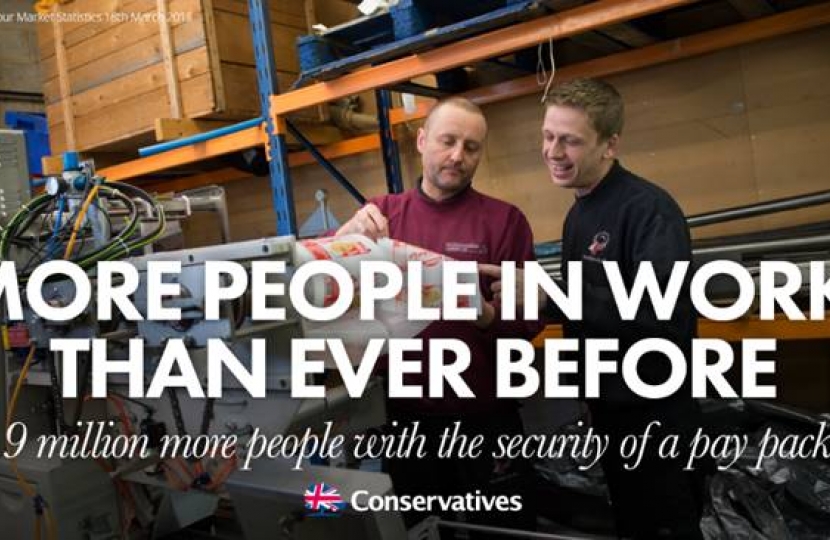 During the Budget, the Chancellor confirmed the latest strong jobs figures. Once agin they show a large increase in employment and drop in unemployment, as well as an improvement in wages. The numbers are summarised below:

Looking at the breakdown of these figures:

Thanks to the Conservatives' long-term plan, the economy continues to recover strongly, and make progress towards our long-term goal of full employment, where everyone who wants to work will have a job.

Restoring Britain's economy has required difficult decisions and the job is only half done, but improvements are coming through strongly now, and given another Term, the Conservatives will complete the transformation of Britain to a competitive, prosperous country.