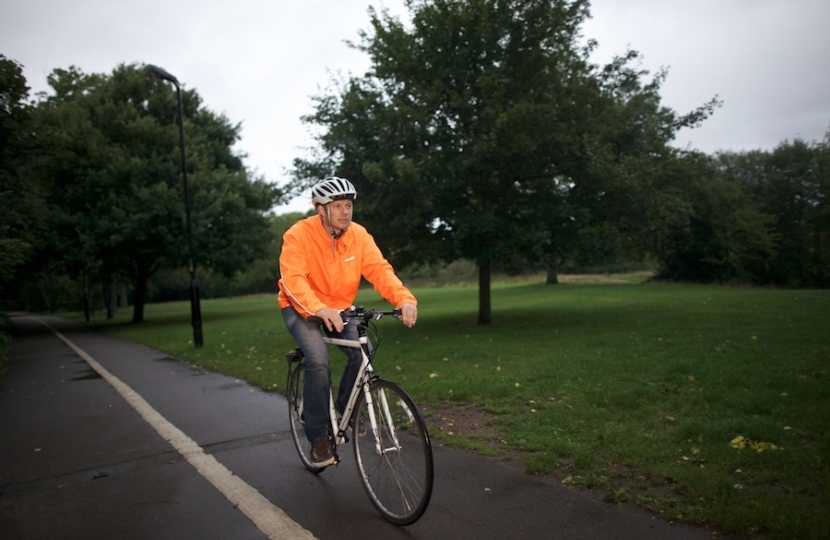 The following article was written by Spokes - the cycling campaign group for East Kent:

Herne Bay is earmarked for many new homes in future with the southern suburb Greenhill a hot-spot for new development. Local councillor for Greenhill, Dan Watkins, and also Canterbury Council’s cycling champion has been working hard on behalf of cyclists. He has been pressing the developer of the newest proposed development, Thornden Wood Village with 450 new homes, to fund the first cycle route in the ward.

As the roads are already congested and many residents (current and future) use their car for journeys of just one or two miles into Herne Bay, Dan wants a convenient and safe cycleway developed that encourages these journeys to be done by bike instead. He was pleased to tell Spokes that, via the Section106 agreement, the developer will give the Council a six-figure sum to fund a north-south cycle route through Greenhill, connecting with Herne Bay train station and the town centre.

The exact route is yet to be finalised, but working with Kent County Council, it is hoped that a disused road can be adopted as a Public Right of Way and made available to walkers and cyclists for the southern part of the route. Fingers crossed this can be the start of a cycling renaissance for Herne Bay with all future developments containing infrastructure to encourage biking!

I want to lead from the front to make Greenhill a more sustainable community, helping residents enjoy a better environment, less pollution and improved health. As such, I'm delighted to report back on my first two years as Councillor on the good progress we have made, positioning Herne Bay at the