Government funds next stage of Crossrail 2 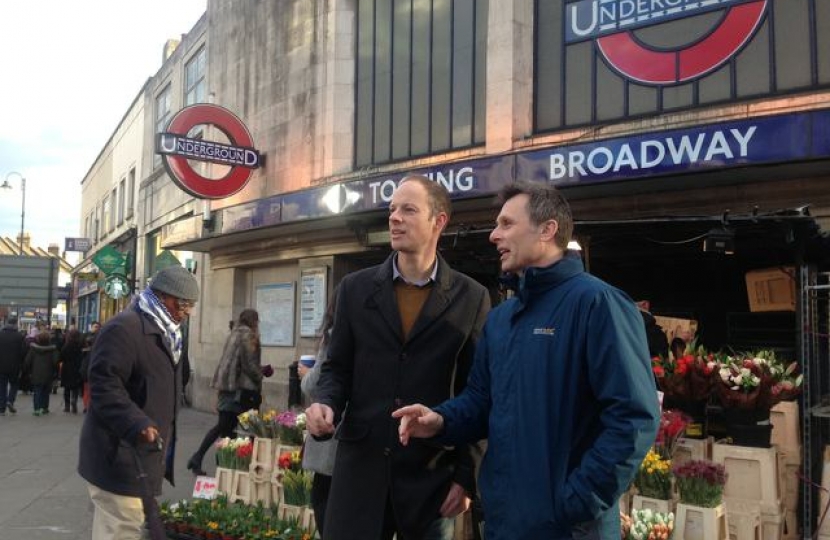 We've had several important developments in regards to Crossrail 2 in recent days.

Firstly, the Government has confirmed it will fund a further £80m towards this important infrastructure project, meaning it has taken another step towards becoming a reality. Wherever the local station is located, there is no doubt that this new railway is vital to relieving the overcrowding on the Northern line and local rail and bus services.

Secondly, a few days ago Transport for London (TfL) published the results of the recent Crossrail 2 consultation. The results were very much reflective of the www.BalhamOrTooting.org.uk survey which you and many other local residents participated in, with key findings being:

The huge response we generated via the BalhamOrTooting survey also featured in a section of the report and once again I would like to thank you for the fantastic engagement on this topic.

The consultation summary for Wandsworth and the whole report are available online if you'd like to read more.

As I reported last month, TfL has committed to do additional studies into the various concerns, including completing more work on the Tooting station option, and the Council has assured me that it is liaising with TfL on this research. Given the strong local preference for a station at Tooting, I hope that these studies will conclude that it is possible to build the station there at an affordable cost and without too much disruption to the town centre.

In the meantime, I will ensure this issue remains at the forefront of people's minds so that we are ready to engage again when TfL next report back to us.

PS - boreholes are being drilled by TfL in Tooting Broadway as part of its research into ground conditions; the first will be drilled on Blakenham Rd on 29th March, followed by Graveney St on 5th April and Bickley St on 12th April; drilling will take 1-2 weeks in each case