Greenhill Hydrogen Plant Approval is a First for UK Renewables 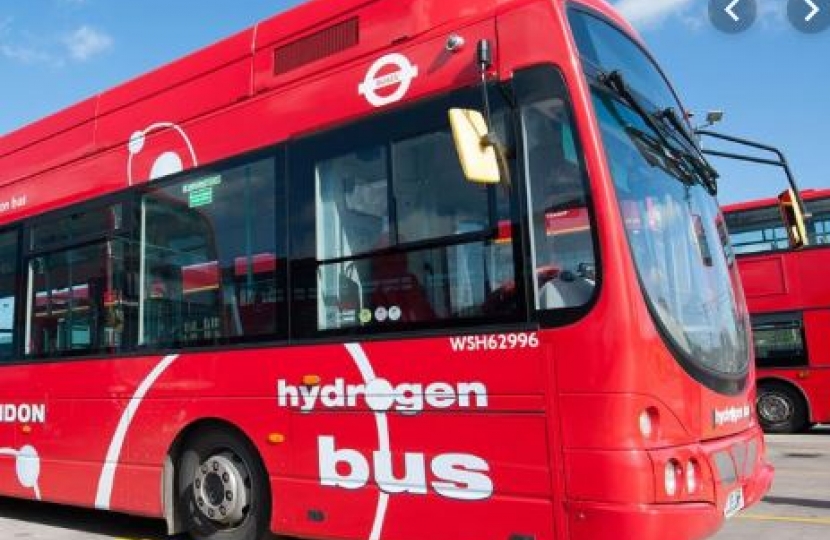 On Monday night, Canterbury City Council's Planning Committee voted with a large majority to approve the application for Ryse Hydrogen to build a hydrogen plant in Greenhill ward, Herne Bay.

The hydrogen produced will be 100% ‘green’, as it will be connected to and generated using renewable electricity from the nearby offshore wind farm, with hydrogen producing no carbon emissions when burnt. The hydrogen could also be used to replace diesel in other heavy vehicles, and longer-term to replace the burning of natural gas for the heating of homes and offices.

The hydrogen plant will support the Council's ambitious targets to reach carbon net-zero, as it has the capacity to produce enough hydrogen fuel to power 300 buses (in place of highly polluting diesel). Only a small fraction of the full capacity of the proposed plant is committed to support Transport for London buses, and the developer intends to supply hydrogen to local buses in future, reducing carbon emissions and improving air quality in our area. Air quality is a major issue locally as there are several locations in the district, such as in Herne and in Canterbury, where the fumes from petrol and diesel vehicles are at a dangerous level and contributing to respiratory illnesses and deaths. Hydrogen fuel offers a solution to this public health risk.

Some local residents had expressed concerns in the planning consultation relating to the safety of the plant. However, as it needs to be located near the Herne Bay electricity sub-station and near a trunk road for onward shipment of the hydrogen, there were no identified alternative locations for the plant. Ryse had ensured local residents that it would be using modern equipment with industry-leading safety standards.

Speaking about the application, Dan Watkins, Councillor for Greenhill,  said:

'As the local Councillor I have spoken at length about this application to the developer of the hydrogen plant, experts on energy production and many Greenhill residents. The Planning Officers recommended that the application be granted, and having considered all of the information myself, I also reached the same conclusion. As such, I am pleased that planning committee councillors from all parties voted in support of the development.

Having researched the safety risk further, I understand that relatively little hydrogen will be stored on the proposed site, so the risk is not dissimilar to that posed by the gas holders formerly in Herne Bay, which also stored hydrogen, or a modern-day petrol station. I appreciate that residents will worry about what is perceived as a new industry, but I do want to reassure them that the global hydrogen industry is already huge, valued at $125 billion, and the company supplying the equipment for this plant has over 3,000 sites across the world. As the ward councillor, I will continue to address any ongoing concerns Greenhill residents might have on the construction or operation of the plant.

The plant will be the first of its kind in Britain and position Herne Bay at the forefront of the green economy, bringing employment and environmental benefits to our community. I will work hard for local residents to ensure Herne Bay receives the many potential gains from this development, while ensuring we still have a voice to minimise any disruption it could bring.'

More information on Canterbury City Council's efforts to reduce pollution since it declared a climate emergency in July 2019 can be read here.

It was an honour to fly the flag for Herne Bay, the Canterbury district and Kent at COP26 in Glasgow last week.