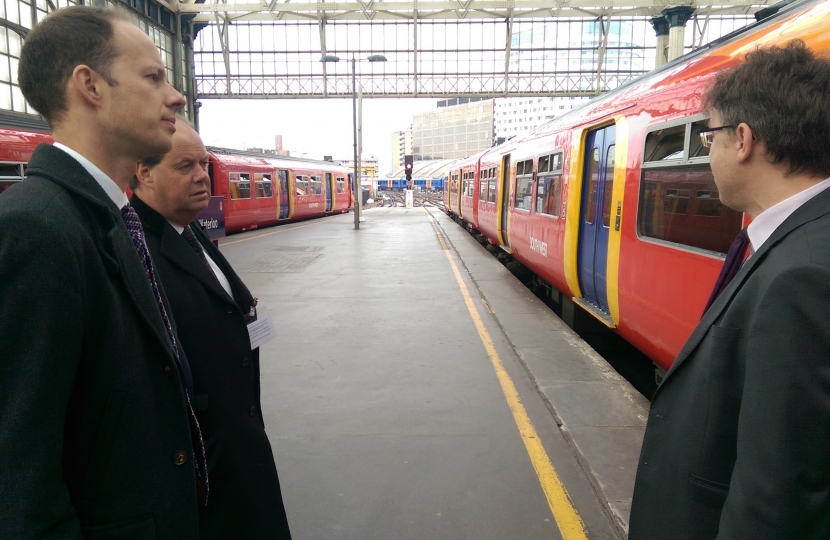 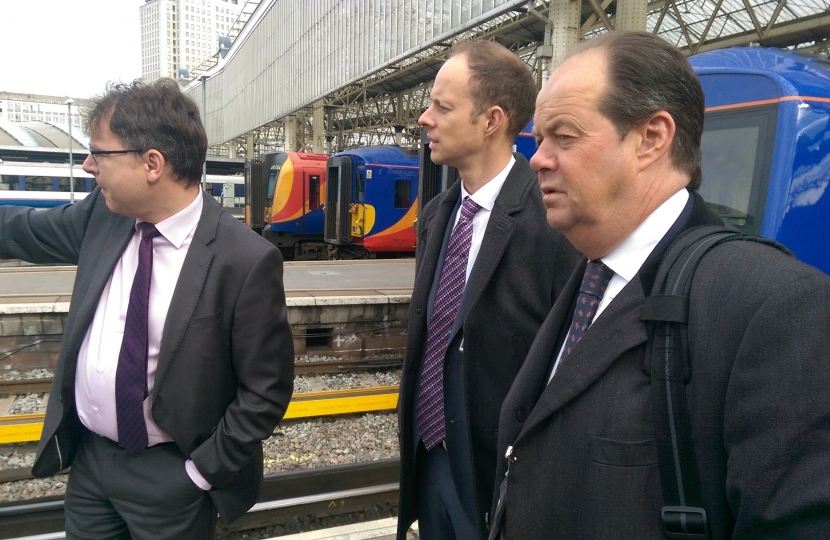 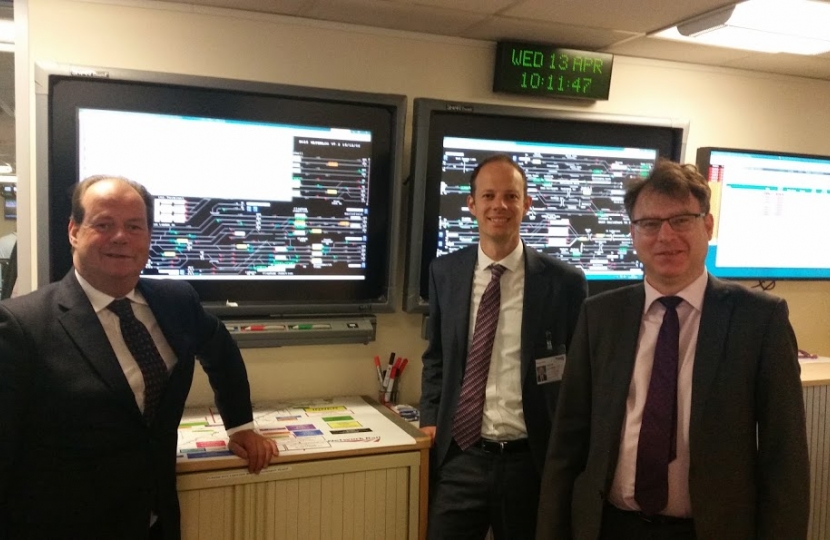 As part of our campaign for longer trains at Earlsfield and Wimbledon stations, Stephen Hammond MP and I had a very positive meeting today at Waterloo station with Christian Roth, Managing Director of Southwest Trains.

The Department of Transport and Network Rail confirmed last month an investment of £800m in upgrading capacity at Waterloo station, and it was pleasing to see during our visit today that the construction work for this project has already commenced.

This upgrade will improve many features of Waterloo station, but crucial to commuters from Earlsfield will be the expansion of the infrastructure to accomodate 10-car trains on platforms 1 to 4, where our trains will terminate. In tandem with this project, Southwest Trains has contracted for the extra carriages needed to run a full fleet of these longer trains at peak hours, increasing capacity at Earlsfield station by 25% and ending the current overcrowding.

Mr Roth confirmed to us that once the initial work to the Waterloo International platforms has been completed, there will be a 'blockade' of platforms 1-4 for 3 weeks during August next year when the expansion work is done, temporarily reducing the number of trains operating. This period has been chosen to lessen the disruption caused to commuters, since the volume of train journeys made in the summer holidays is much reduced.

A period of testing will follow and then the full peak fleet of longer trains will call at Earlsfield station from December 2017. Mr Roth also stated that he is very confident that this timescale will be delivered given the extensive contingency planning that has been done. So, while this project has taken a long time to reach fruition, I'm pleased to have this confirmation that commuter overcrowding at Earlsfield will be relieved at the end of next year.

Not only that, but by the end of 2018 the full Waterloo upgrade will be completed, making for better onwards journeys on the tube and through the concourse itself.

Thanks to all those Earlsfield residents who have completed my campaign survey on this topic since 2013 and who brought pressure to bear on the rail authorities to make this investment. Today was a big step forward, and rest assured myself and Stephen Hammond will keep the pressure up to ensure this project is delivered on time.

I also used the opportunity to ask Mr Roth about the 'Earlsfield issue' that emerged during the recent consultatation for Crossrail 2. He is aware that if Crossrail 2 is built it could lead to fewer suburban trains calling at Earlsfield when it opens in 2030. However, there are several solutions, such as the potential for Southwest Trains to run additional trains from Raynes Park to Waterloo, calling at Earlsfield. These would be relatively empty when they arrived at Earlsfield and ensure that commuters there don't see the return of extrememly congested carriages.

There will be much more consultation on this issue before 2030, but it was reassuring to see that thought is already being given to potential solutions.