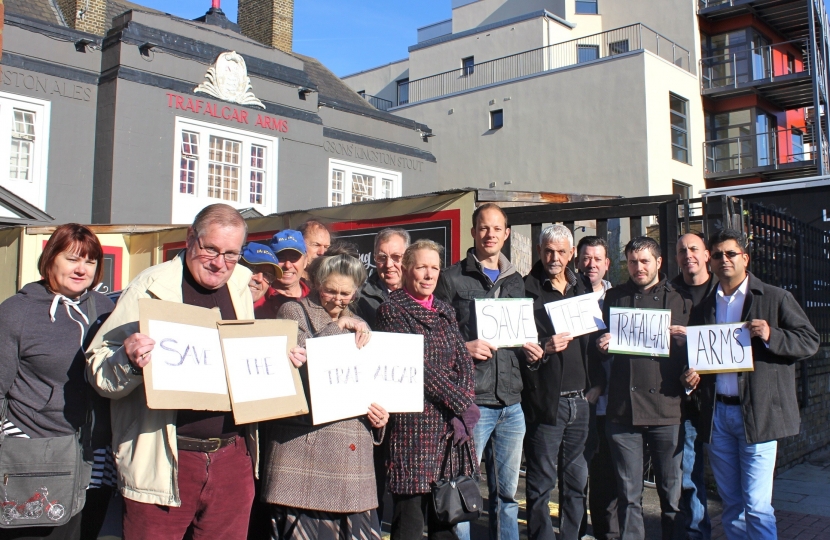 I've just returned from a meeting with Young's Brewery and have some exciting news to report in regards to our campaign to save the Trafalgar Arms pub on Tooting High Street.

You'll recall that the site closed in August 2013 immediately after its purchase by a developer. Myself and local residents then launched a successful campaign to have the Council list the site as an Asset of Community Value.

As I've just learnt, Young's has reached provisional terms to purchase the Trafalgar Arms from the developer. This is conditional on Young's being granted a license from the Council to operate a pub on the site. Happily, Young's plan to retain the historic frontage of the building, which is very positive news considering that the developer's previous plans had involved demolishing the whole property.

With so much new housing being built in this part of Tooting, it is fantastic that our campaign looks likely to save this valuable community hub, which will be able to continue serving Tooting residents, old and new. And looking at the bigger picture, it's another great example of how we can use the 2011 Localism Act to protect and improve our community.

I will be keeping close track of the licence application's progress and hope to have further good news in due course. At this stage, it is likely that the pub will reopen in the Spring.