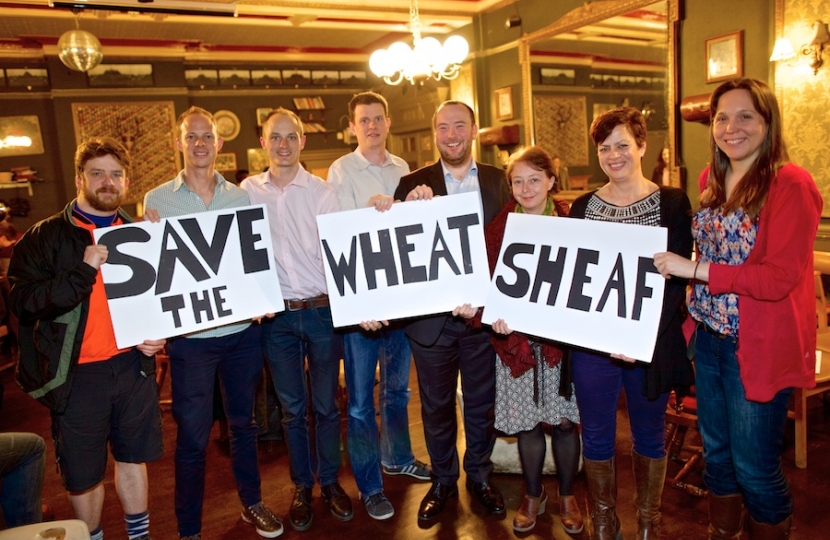 As Chair of the Tooting Wheatsheaf Supporters, I have a campaign update following last night's Town Hall meeting.

You'll recall that we requested two Article 4 Directions (A4Ds) be introduced on the pub to compliment the protection we have already achieved via the Asset of Community Value listing. In the Spring, the Council launched a public consultation on A4Ds on Demolition and Change of Use for the Wheatsheaf and I'm happy to report that it showed overwhelming support to implement both measures and thus give the pub further planning protection. So thanks to the many, many local residents who wrote in - there was a total of almost 500 individual responses.

In regards to the A4D on Demolition, the Council decided to grant that measure, protecting the historic and beautiful exterior of the building, which is excellent news.

In regards to the A4D for Change of Use, we were pleased that the Council has agreed in principle to grant this too. However the Officers are very concerned that if it is granted before Wandsworth has implemented a new underlying planning policy to give this a legal basis, it would not be enforceable and the owner could challenge and over-turn it.

I would like to thank Dale Ingram who joined our Wheatsheaf delegation as a concerned local resident and planning expert last night. After I’d set out our concerns over the delay, Dale used her extensive technical knowledge to propose a  planning measure which could bring in the A4D Change of Use more quickly. While the Officers were still concerned about the legal ramifications, they did agree to alter their recommendation such that they will do further research on Dale’s suggestion and report back shortly to see if it can be implemented then. In the meantime, the longer-term planning solution will be progressed too.

Success! The Council has decided that it can immediately grant the A4D on Change of Use with minimal risk of it being over-turned and has now done so. We now have a complete set fo planning protections in place, so we are confident that the pub is here to stay!

Once again, thanks for supporting the campaign. Without your help we would not have got this far.