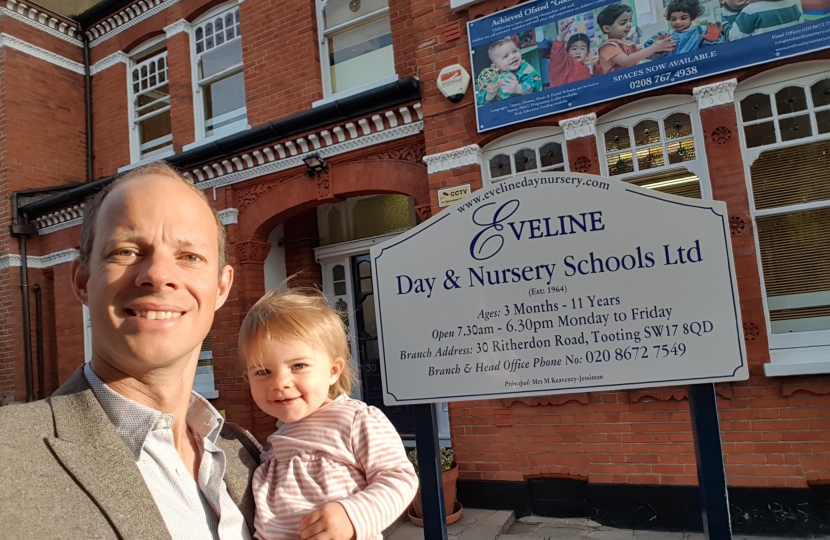 In September working parents of 3 and 4 year old children in England had their weekly entitlement to free childcare doubled from 15 hours to 30 hours, for 38 weeks per year. Enabling parents who want to work to do so is smart policy, for the impact it has on household economics, for gender equality and via those two effects, for the economy as a whole. But devising a policy which is economically as well as ethically right isn’t easy – the gains from parents working, or working more, are easily absorbed by the cost of parents who (entirely reasonably) consume the free childcare without changing their labour force decisions. As such, the Government’s new policy is a welcome step in the right direction, but is unlikely to catalyse the change in parental labour force participation necessary to fund the cost. We believe the economic gain is within reach but that a further expansion of free provision, to 30 hours per week for 47 rather than 38 weeks per year, is necessary to allow free childcare to pay its own way.

Getting free childcare right is important. Parents of pre-primary school aged children represent roughly 10% of the potential workforce, so the ease with which they can access the labour market, if they want to, matters at a macro level as well as for household economics. As things stand, we have a ~14% difference in employment rates for mothers of children below the age of 6 versus above. Closing that gap would have a real impact both for families and for the Treasury. And the effects of parental (typically maternal) labour force detachment are long term. It is estimated that each year out of the workforce costs a mother 3.4% of her expected earnings for the remainder of her working life. That fits with the gender pay gap being so much wider for mothers than for all women.

So there is a real prize from getting childcare right – both economically and as a contribution to gender equality over time. But it is a costly prize to attain. Free childcare suffers “crowding out” effects – parents substituting free formal childcare for privately funded formal, or informal care – without changing their labour force decisions. Those crowding out effects are capable of swallowing up the economic gain from parents who do start or increase work.

But crowding out makes the economic case for free childcare difficult, not impossible. Crowding out just means the policy needs to work harder to earn its keep. Specifically, it must be designed to materially change the labour force participation of parents currently not working who want to, and the intensity of work of those who already are, but want to do more.

The new 30 hours policy will enable most parents to consider close to full-time employment (30 hours weekly) during term-time only, or part-time employment throughout the year. Given: i) the significant fixed costs of employment on both the supply and demand side; ii) the limited pool (and on average relatively lower pay) of part-time employment opportunities and iii) that for some parents employment is an ‘all or nothing’ decision, we believe the expansion of free childcare is a very welcome step in the right direction, but unlikely to optimise parents’ labour force response.

But that is a reason to advance not retreat, in our view. There is evidence that the parental response to childcare subsidies in terms of labour force behaviour is non-linear, i.e. that “tipping points” exist around which a relatively small further increase in free provision can elicit a disproportionately large supply side response. It seems likely to us that making the option of full-time employment available to parents, by greatly expanding the universe of employment options (and, on average, hourly pay on offer) is such a tipping point. If policy falls short of that inflection point then crowding out effects dominate; if it passes that threshold, the gain is disproportionate to the incremental cost.

Asking government to spend yet more is always easy. But this is a policy which would stand on its own two feet. Our analysis assumes an elasticity of parental labour force participation of -0.4 (relatively conservative versus several academic studies) and that hours worked by already employed parents would increase by 10% (versus a ~25% increase in free childcare). Allowing for crowding out effects, we conclude that the cost and benefit to taxpayers from this expansion of policy would both be in the range of ~£400m, i.e. that it would be close to self-financing. We do not allow for a “tipping point” (were we to do so the absolute elasticity value of -0.4 would be much higher). If our hypothesis about tipping points is right, the tax payer return from this policy expansion would be compelling.

Policies which are economically sensible, ethically commendable and liable to be, in the main, electorally popular are few and far between, but our work suggests that this could be one of them. Therefore we are continuing to advance our proposed policy extension in the hope that this can be adopted by the Conservative government in the fullness of time.

In addition to 30 free hours per week, the Government has launched a new tax-free childcare scheme. Families can use both schemes together, potentially savings many thousands of pounds on childcare every year.

However, many parents are unaware of the Tax Free Childcare initiative, such that the budget remains largely unused. I hope the Government will respond by investing some of this under-spend in raising awareness of the free childcare options available, particularly amongst disadvantaged groups.

Funds could also be used to do more detailed investigations into the policy I have advocated in recent years, namely expanding the 30 hours of free childcare to cover 47 weeks a year, up from the current 38 weeks. This would help even more parents into work and cut the cost of living further.

Official data is showing that the Government's flagship childcare policy - 30 hours of free childcare per week - is significantly reducing the cost of childcare, as well as helping more parents into work. This is very welcome news.

However, it also shows that there is a lack of awareness among some families, especially those from disadvantaged backgrounds, about the free childcare offer, and indeed whether they would be eligible for this help. There is a good summary from the Family & Childcare Trust here.