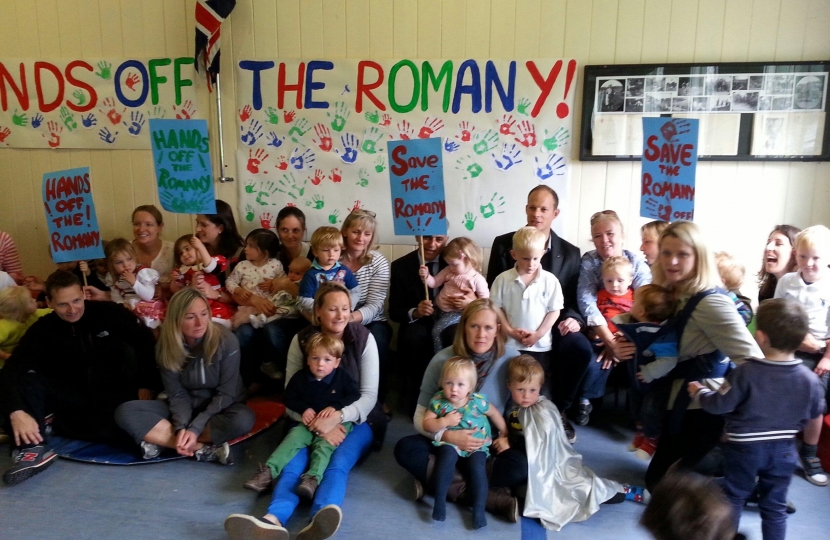 The Romany site in Wandsworth Common houses a much-loved scout troop and playgroup, as well as a beautiful patch of open space for wildlife. Over the past three months I've been working intensively as part of the Save the Romany campaign to ensure we protect this site from development and keep it in community use.

Part of the campaign has involved lobbying members of Magadalen Tennis Club, the current owners, to delay the proposed sale to a developer (you can see one of the leaflets we have distributed here). This was successful in July when the tennis club announced it would give the community time to make a counter-offer.

In parallel to the campaign, myself and a local resident have been leading the effort to set up a Community Interest Company (CIC) to purchase the Romany land. We've secured dozens of commitments from local residents pledging funds to buy the site, providing a strong platform to make a community bid.

Rounding off a very positive month for the campaign, both the tennis club and the developer announced that they will accept our Community Bid, such that CIC will become the owner of the site. See here for the Wandsworth Guardian article breaking the news:

Setting up a Community Interest Company takes some time, but I completed the application in August and last week I received confirmation that we had been successful! The CIC will represent all of the local community groups and have at its very heart a pledge to protect this beautiful open space from development, securing the site for the long-term.

So now we need to finalise agreement with the local residents and groups who will provide the funds, and you can read more about that on the attached front page of the South London Press which covered the story last Friday.

All in all, the campaign is proceeding very well, so thanks to local residents for their fantastic support. I will keep working hard with the campaign group to ensure that everything goes through as planned.