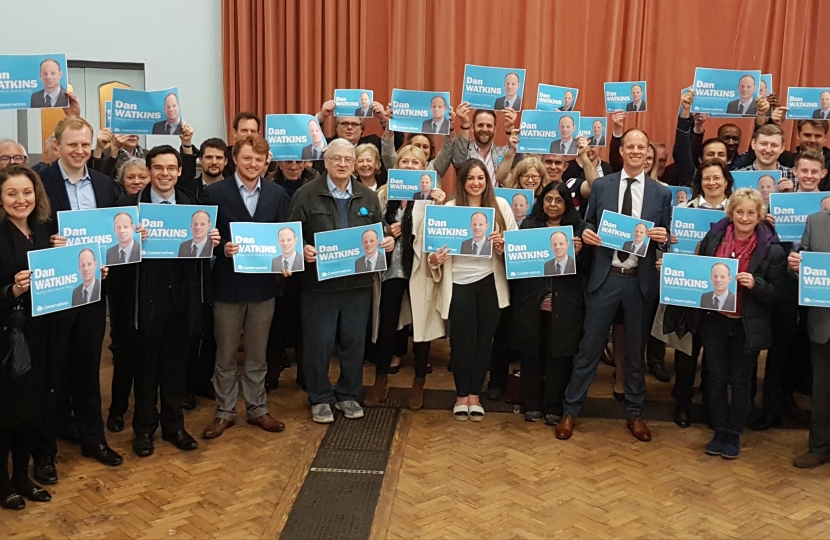 Dan Watkins has been re-selected by Tooting to be part of Theresa May’s Conservative team for the General Election on 8 June.

“I’m delighted to be re-selected in Tooting as part of Theresa May’s team.

“The choice at the election is clear.  Strong and stable leadership in the national interest with Theresa May to see us through Brexit and beyond – delivering well-paid jobs; more affordable housing; a good school place for every child; and a strong economy paying for a strong NHS.

“The alternative is a hung Parliament and coalition of chaos with Jeremy Corbyn – propped up by the SNP, the Lib Dems and others. This will jeopardise our Brexit negotiations, and all of us in Tooting will pay for it in higher taxes, fewer jobs, more waste and more debt.”

Dan grew up in Southwest London, attending a local state school, before moving into the Tooting constituency in 2000. He set up a legal and technology business in Earlsfield in 2006 which has created over 100 jobs in the eleven years since.

Dan lives in Tooting with his wife Tam, a social worker, and their two young children. He is a long–serving community volunteer, including as a Governor of Oak Lodge School for the Deaf in Balham and as Chair of the Neighbourhood Watch in Tooting Bec.

Dan stood in the 2015 General Election for the Conservatives, finishing a close second with 22,400 votes and a 42% vote share.