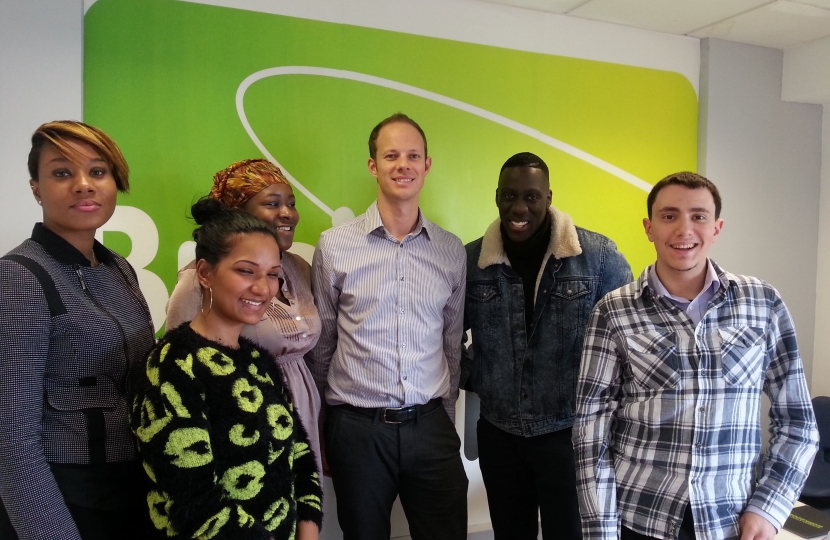 Employment is growing, unemployment is down and wages are rising. The jobs market was ticking over even while the economy was flat, so now that we are seeing sustained growth in the UK, job creation has really taken off.

The Labour Party, faced with the uncomfortable truth that all of its economic predictions (and prescriptions) were wrong, has had to search out ever more niche angles of attack against the Government. Their most recent moan is that the recent rise in self-employment is a reason to be concerned, that it is replacing employed roles, and in doing so is creating more insecurity in the workforce.

As a serial entrepreneur, and someone who volunteers at local charities to help the long-term jobless into self-employment, I have direct experience of this part of the economy and can provide some real-world insights into the debate.

Firstly some numbers. At the start of the recession in 2008, the UK had 3.9m people in self-employment. This has now risen to 4.5m, with most of that growth arising in the past few years. By way of an example, Tooting (SW17) saw an average of 4 new businesses created every day last year. Put into a broader context, the UK has a total of over 30m people in employment, so self-employment remains a relatively small part of the overall jobs market. And its growth has been accompanied by a simultaneous rise in employment, so there is no evidence that organisations are switching staff from employees to contractors. In fact, they are using an increasing number of both.

But even if self-employment has not come at the cost of employees, are those who are fending for themselves as unhappy about it as Labour would have us believe? Well, self-employment can take many forms, so it’s wise to look at the main four segments of this part of the market before rushing to broad-brush judgements of insecurity.

Builders, electricians and other tradesmen have historically been self-employed, suiting the highly cyclical and project-driven nature of the industry, where flexibility is important to weather the peaks and troughs of demand. The current growth in the housing and construction sectors is increasing the number of such self-employed workers, but this is a positive development and something that tradesmen themselves welcome.

These are people who typically provide highly-skilled marketing, technical or financial expertise, in a diverse set of industries ranging from media to law to engineering. Many of them will have been employed in the past, but they are happy now to sacrifice employee benefits, such as pension, sick pay and holiday, in return for higher day rates. Several of my friends work on this basis and for all of them it has been a conscious choice to do so, earning a little more as a result, but just as importantly, giving them the freedom to work flexibly and for different companies.

At the less skilled end of the market, self-employment is also common for many service sector workers, such as cleaners, taxi drivers or gardeners. I have met a great number of the longer-term unemployed in recent years through the mentoring I do. Some have never had strong qualifications, while others have found that their skills have become redundant over time. As with all segments of self-employment, these are people who prefer to generate their own work and do it at a time to suit them and without constant supervision. The internet age is making it easier than ever to find customers, so armed with a determination to succeed and some local knowledge, these individuals are making a positive choice to enter the world of self-employment.

With success, any of the above types of self-employed worker will have the option to convert into a fully-fledged company, hiring staff to take their business to the next level. But ‘high-growth’ entrepreneurs (like myself) are those who have an innovative idea, which requires external capital to get started, and take on staff from day one. These individuals take a lot of risk in the hope that their product takes off and one day generates a high reward. Even the Labour party agrees that these entrepreneurs are to be encouraged (sadly though its policies hinder rather than help the growth of this sector).

There is a unifying theme to all of these various tribes of the self-employed: they like flexibility and variety and are happy to take a little risk in the search for fulfilling work and perhaps a little more income too. So it is a positive choice to take more risk and not a decision forced upon them, as Labour are suggesting.

Furthermore, each self-employed person not only adds their own job to the total count, but a number of them will grow and hire staff themselves. So rather than being a negative development, I see growing self-employment as a success story of this Government’s economic reforms and something that will take us towards the Chancellor’s goal of full employment in the next five years.