Taking Tooting to the Top 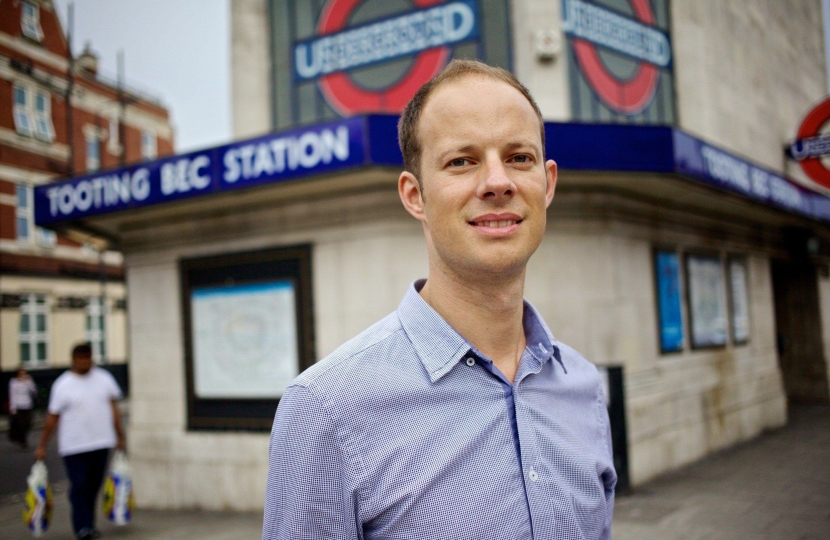 Well, the General Election campaign is underway, but my community campaigns continue unabated as I strive to improve Tooting for all residents. Please read below for some important updates and good news stories, plus, a little bit of election fun too!

Who are our winning shops on the High Street?

I was delighted to announce the winners of Love Your Local 2015 at the recent awards ceremonies I held in the French Café and Bar 366. The winners include the Nightingale Pub, Anthony Laban, Kitchen Table, Libo & Gio, Cut the Mustard Café, Seahorse Fish Bar, Bean & Hop, Bunka, and many more.

Supporting the High Street is a huge focus for me, with Love Your Local being just one of several initiatives I’m working on. Thank you to everyone who engaged with this competition and made it such a success.

With Tooting being one of South London’s most marginal seats, I decided I needed some extra special transport to carry leaflets and campaigners around. Click here for a picture of my mean-Tooting-machine!

On a more serious note, I thought the recent Budget showed not only how far Britain’s economy has come since the dark days of 2010, but also the responsibility that you would expect from a Chancellor with a credible economic plan. I very much hope that the British people don’t risk it all, by returning Miliband and Balls, who offer neither leadership nor a long-term strategy for the UK.

Given another 5 years, the Conservatives can finish the economic turnaround, improve livings standards and generate more funds for the world class public services we all want to see.

Trying to prevent a dog’s dinner on the Wimbledon Stadium

I have been very concerned that the initial plan of a decision on the Greyhound stadium in March was far too hasty for a scheme of this significance. So I’m pleased to say that one of my aims in opposing the current planning application from Galliard Homes has been achieved – with Merton Council delaying its decision til June at the earliest. I’ve also heard positive noises that some aspects of their application will be revisited, so let's hope the next version does address our concerns on traffic, parking, school places, etc.

You’ll recall also that myself and Ravi Govindia wrote to Boris Johnson in February requesting that he decide the application rather than Merton. Well, we have now received a response from the Mayor and he will consider ‘calling in’ the application following Merton’s decision.

National recognition for The Wheatsheaf

We are on the cusp of ultimate success! And that’s because the owner has revised its plans to develop the upstairs floors of the pub, now meeting all of the demands that our campaign group has made. Assuming this revised planning application gets passed by committee at Town Hall later this month, the pub will be as secure for the future as it possibly can be and we can finally toast to victory!

The basis of our success on The Wheatsheaf was getting it listed as Tooting's first Asset of Community Value (ACV) back in 2013 and our work in this regard was recognised on a national basis when Pubs Minister Kris Hopkins visited us last week. Click here to read the whole story on my website.

Big shout out from Wandsworth Common!

Talk about local people power… a huge 80% of ALL responses from the London consultation on Crossrail 2 came just from Wandsworth Common, courtesy of our successful campaign.

So, Crossrail 2 have confirmed that the project will proceed but that the access shafts have been dropped from Trinity Fields and Skylark Café on the Common. This is doubly good news so thanks to everyone who responded to the consultation. You can read more here.

As you can see, working together we can change our area for the better and I very much hope I have the opportunity to continue to work to take Tooting to the top as your MP from May 8th.

In the meantime though, please do come along to some of the local General Election Hustings events that have been organised - a full list is available here.