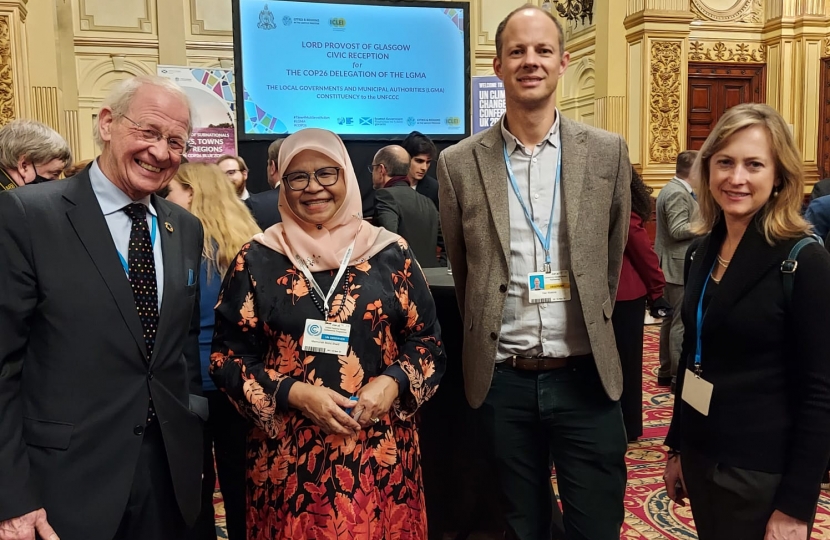 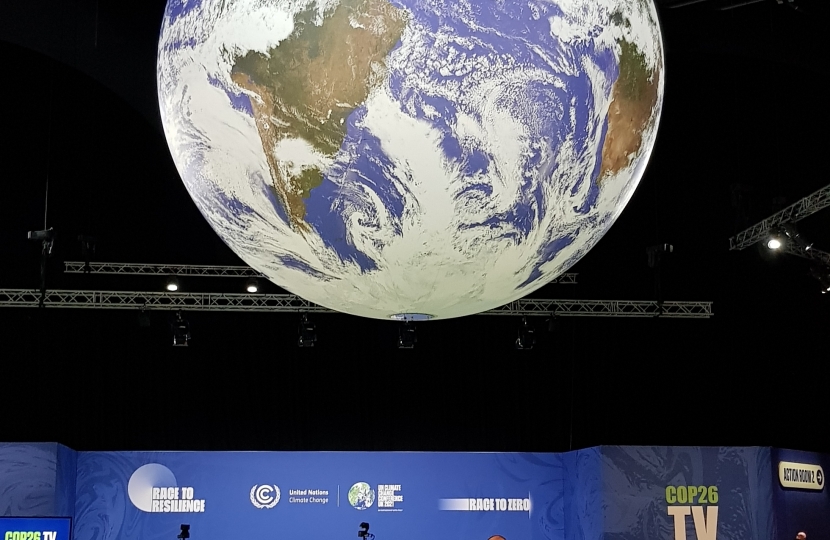 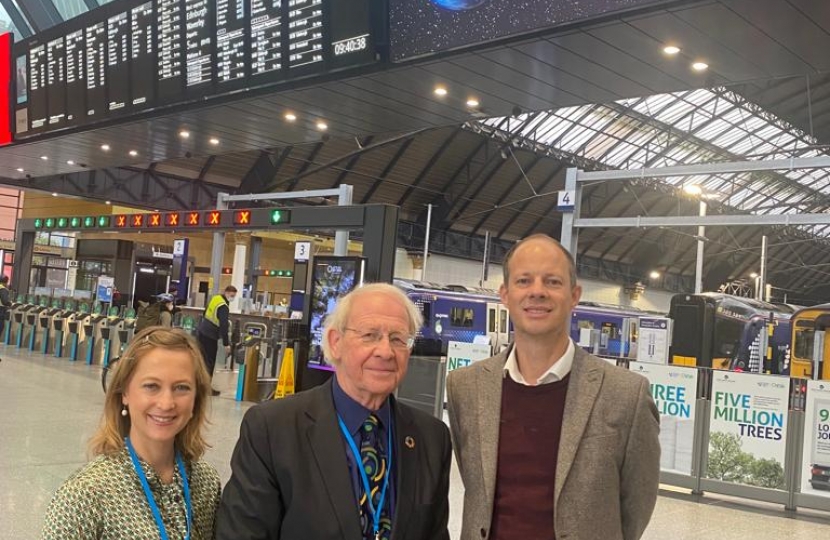 It was an honour to fly the flag for Herne Bay, the Canterbury district and Kent at COP26 in Glasgow last week. I was part of an accredited delegation with the Canterbury Climate Action Partnership, giving us access to all aspects of this crucial United Nations summit, and I was able to showcase our many local environmental initiatives, as well as learn from others regarding future solutions we can develop locally.

The summit will be remembered for achieving so much, yet still leaving plenty to be done. Most notably, COP26 saw huge numbers of nations commit to end coal consumption, to electrify their vehicle fleets and to give cash to developing nations to protect their forests.

Alongside this, we saw nations pledge more ambitious net-zero carbon targets, with a faster phasing out of fossil fuels. In order to prevent catastrophic climate change, emissions need to drop quickly enough to limit temperature rises to 1.5 degrees. Yet the pledges made only reduce predicted rises to 2 degrees, which by way of an example of how damaging this would be, would destroy every coral reef across the world's oceans.

But momentum is everything and we are moving quickly in the right direction, with countries committing by the end of next year to make further reductions in their future emissions.  It goes without saying that it is essential that we start implementing a plan to keep increases to 1.5 degrees as soon as possible.

While world leaders grappled with their national plans, at ground level myself and many other councillors, mayors and climate activists were discussing what we can do in our local areas to accelerate climate action today.

This ranged from developing more community renewable energy projects, through to supporting the rapid roll-out of electric vehicle charging points, and helping nature to thrive and absorb more carbon from the atmosphere. We were delighted that local government got formally recognised in the final COP26 declaration agreed by all nations of the world, which will help attract funding and supportive policies from central government in the future.

In summary, I left COP26 remaining optimistic that between government, business and local communities we have the ideas and the will to rapidly cut carbon emissions and head off the worst effects of climate change as we seek to protect our planet.