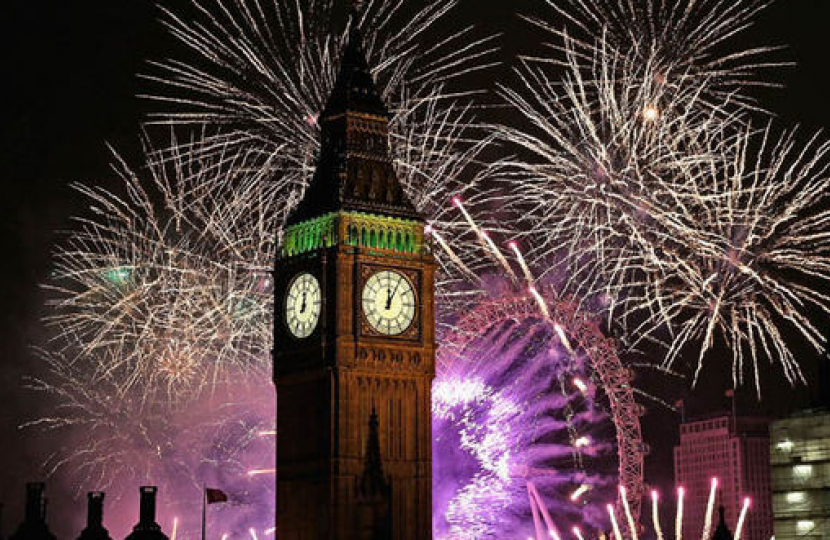 The past 12 months have been dominated by Brexit, but behind the scenes the Government is continuing to deliver the Conservative’s domestic policies, much to the benefit of the British people. Below are six areas where it is critical that we continue to have the Conservatives in power in 2019.

We should never forget that when we came to power in 2010, the Government couldn’t afford to pay for its public services and was building up a colossal amount of debt which future generations would have to pay. Years of spending restraint, combined with healthy growth of the economy, mean that Britain’s deficit is less that a fifth of what it was and debt as a share of the economy is coming down every year.

While we remain in power, the public finances stay in balance, reducing debt and allowing us to spend less on interest and more on public services.

Through the past 8 years we have been reforming teaching, boosting Academies and opening Free Schools.  We know these reforms are working because school standards are getting better and better, as measured by Ofsted, as well as international league tables, which we are steadily climbing.

The NHS is a huge organisation with a huge budget. As the population gets older, the demands upon it increase and the only way we can continue to fund its expansion is by growing the economy and investing those extra tax receipts into it.

We have just detailed our Long Term NHS Plan, but it requires an extra £20 billion pa and this is only possible to find if we keep growing the economy. Another Labour-led recession would stop this extra funding dead in its tracks.

From the moment we took office in 2010, the Conservatives have been making Britain the most business-friendly economy in the world. We have made it easier to start a company and to employ staff, cut business taxes and invested in research and development to support our high growth sectors such as creative, life sciences, automotive and more.

Britain has been assessed by Forbes as the best country in the world to start a business. Every year we remain in Government is another year when Corbyn’s Labour can’t undo our good work.

Less heralded than other areas perhaps, but the results of our policies in energy and the environment have yielded excellent results. Renewal energy has expanded dramatically, carbon emissions have been slashed, plastic pollution is being tackled with radical action, and animals at home and abroad have won new protections.

Michael Gove and DEFRA have more initiatives underway this year which will ensure that we continue to lead the international community on animal welfare and cleaning the environment.

Work is the bedrock of living a fulfilling life and this Government has done more than any other to give more people the opportunity to work. While welfare reforms have ensured that work always pays, the National Living Wage ensures that work pays even more.

Record numbers of people have been lifted out of the lowest paid work and the evidence shows that policies like Universal Credit help many more long-term unemployed into jobs. We need to have fully rolled out and bedded-in these initiatives before Labour get to power, so that it is much harder for them to reverse them.

Getting a resolution on Brexit is very challenging, but let’s look forward to another year of the Conservatives continuing their domestic policies, delivering greater prosperity and improved public services for the British people.