Update on our Efforts to Tackle Climate Change in Canterbury 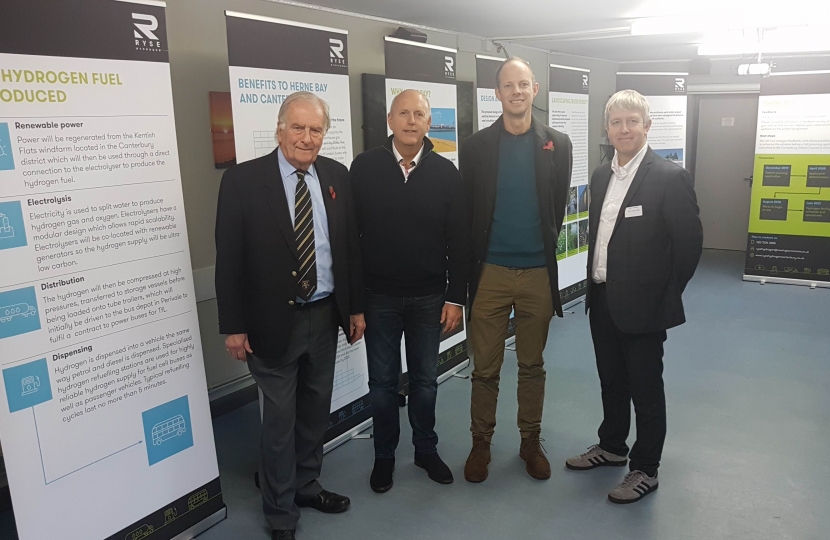 I hope everyone has enjoyed a positive start to 2020 and want to update you on our latest plans for reducing Canterbury Council’s emissions to zero over the next decade.

To recap, in July last year the Council declared a climate emergency and set itself the bold target of reaching net-zero carbon emissions by 2030. Shortly after, I was appointed as the Chair of our Climate Change Working Group, a newly-formed cross-party body with the remit to tackle CO2 emissions across all council functions.

While our primary target is to reduce the Council’s direct emissions, our secondary one is to help and inspire local residents and businesses to take the actions needed to cut their carbon footprints. I hope that this will allow our District as a whole to be carbon net-zero by 2050, in line with the Government’s national pledge.

The Council is Conservative-controlled and as a group we have been very clear that climate action is about actions, not words, so we are prioritising a number of ambitious policy and operational changes to help make immediate reductions in our carbon output.  We are only six months in, but a number of tangible initiatives are already underway:

In addition to these concrete measures, our team of council officers have embraced the climate change agenda and are creating a culture that seeks to cut down on waste and reduce energy consumption across all activities. For example, the office canteen is removing single-use plastic from its offering and staff are engaging in discussions on how they can switch to sustainable transport methods for their commute.

As mentioned previously, we are also keen to help other organisations reduce their carbon footprints. As such, in early 2020 we will create a Climate Charge Partnership Board that will include groups who produce a lot of our district’s emissions, e.g. our two universities, the local NHS, schools and representatives from business, as well as Canterbury and Kent councils. By working together – and holding each other to account – we hope that this will further accelerate the program of action needed to swiftly move to net-zero.

Finally, during the course of this year we will publish an audit of all of the Council’s main carbon-emitting activities, together with a detailed 10-year plan to get them down to net zero.

All in all, there is a lot of activity going on within the Council and I hope it can act to inspire residents across the district to examine and reduce their own carbon footprint. So here’s to a successful carbon-cutting 2020 for all of us!